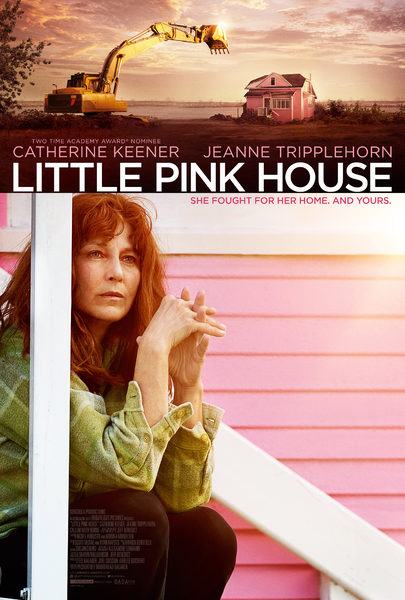 Cade’s Rebellion deals with the eminent domain takeover of an apartment complex that is home to thousands of low income tenants.  At several points in the novel, lawyers mention the Supreme Court case of Kelo v. City of New London  —which many critics consider the most despised Supreme Court decision in history.

Now a new movie, slated for release April 20, 2018, tells the sordid and corrupt story behind the Kelo decision, and will give readers insight to the drama and passions that underpin the conflict in Cade’s Rebellion.

Little Pink House is both a major motion picture and cautionary tale that shows what happens when the government teams up with powerful private interests to take an entire working-class neighborhood for a glitzy development —a project that 13 years later is nothing but barren fields.

Click here to find out when Little Pink House is coming to a theater near you: